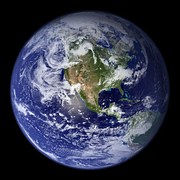 This is our home. Its fate is in our hands.

The times are changing, to say the least, and how we in this and other countries, and our governments, respond to them, will make all the difference as the future unfolds.

I’m afraid as I write this two days before the U.S. election that country is about to make a terrible mistake, with consequences for the whole world.

I don’t relish the choice my American friends and family were left with; surely such a great country could have done better. But in the final analysis the decision should be, or should have been, clear enough.

At least here in Canada we listened to a message of hope and said “no” to one of hate just over a year ago and elected a “sunny ways” Liberal federal government. It remains to be seen still how our many challenges will be dealt with, but so far the spirit of good-will and, most of all, decency is still alive and well.

The Bruce-Grey-Owen Sound NDP (New Democratic Party) riding association deserves a tip of my toque for its submission to the Liberal government’s current public consultation process into a new national, affordable housing strategy.

There is indeed an urgent need locally and nationally for affordable housing. Poverty in this area, coupled with the lack of affordable housing is a growing problem here and in other parts of Canada, from First Nation communities in isolated northern areas, to Canada’s big, and supposedly rich cities like Vancouver and Toronto where the price of home ownership is through the roof. How, in an age of precarious work and income can ordinary so-called “Middle Class” Canadians afford, let alone still dream of owning a home of their own?

The answer, of course, is they can’t.

So the idea of innovative approach to a national, affordable housing strategy that includes home ownership is very important; there’s nothing like owning your own home to rebuild hope and lost confidence, and break the cycle of poverty, or best of all prevent it from getting started.

The world is currently in an extended period of great economic change with serious social and political consequences, as we now see south of the border in the U.S. The manufacturing jobs that used to sustain the “American dream” of prosperity and security for the blue-collar working class are disappearing in the age of globalization.

The American dream itself may be part of the problems associated with that phenomenon in a society where the pursuit of happiness has been, and remains, so much about accumulating the trappings of a materially affluent lifestyle.

Several decades ago corporate America decided to start taking advantage of lower labour costs – and lax or non-existent environmental regulations – in developing countries, including China, to increase profit margins and shareholder dividends, while keeping the price of consumer goods down. Knowingly, or not, all levels of American and Canadian society, rich, poor and middle class cooperated in that manufacturing/consumer goods revolution. But apparently no one anticipated the long-term price that would have to be paid, let alone started thinking about how to mitigate the huge socio-economic impacts.

Globalization and its effect is a complex issue. Working class Americans, and no doubt Canadians too, are afraid of losing any hope of attaining the American dream; they’re especially afraid of falling into poverty. The renewed spirit of divisiveness and hateful racism in the current U.S. is rooted in that fear, as always.

Working class Americans are being told to believe the “big lie” that globalization can be easily stopped, and even reversed. It can’t be, not without massive and wrong-headed government interference in the capitalist free market. That’s anything but a politically conservative approach, and could even be considered un-American.

But more than that, it’s a bad idea for people who built the best of the modern industrial world on the basis of invention and innovation.

Going back to a mythic age of greatness is not the answer; seizing the opportunities to move ahead in the forefront of the development of a new economic model based on sustainability is the only sensible way to go. Only honest leaders with the best interests of their people at heart have the courage to say that, in the spirit of FDR’s, “I have nothing to offer you but blood, sweat, toil and tears” in the depth of the Great Depression.

In that regard, here in Canada our still relatively new Liberal government has its eye on the ball.

But the way ahead will not be easy. There will be a transition period, with lots of challenges before the new economy begins to take hold and builds a new age of sustainable prosperity. And one of those challenges is to ensure people have affordable, healthy housing in which to live and raise their children.

And above all, children, and what they are capable of achieving as adults, are our most important resource. We cannot, we must not, leave them to grow up hungry in sub-standard housing. We must make sure they have every opportunity possible to feel hopeful about themselves and the future.

Government will not be able to do it alone. People in their communities everywhere in this country and the U.S., and the rest of the world, for that matter, must be part of the new, dynamic spirit of renewed hope and creation.

“The poor will always be with you,” the great man of faith said 2,000 years ago

He was not passing any sort of negative judgement on the poor, as if to consign them to their fate. On the contrary, he had a special blessing for them in his message of hope for the world.

It’s a message as relevant now as it was then, perhaps more urgently relevant at this critical moment in the life of our endangered world

His words were a call to everyone, including the rich and otherwise more fortunate among us, to “be with” the poor, literally.

We are the poor, and always will be.

The wise among us also know that whatever material well-being, safety, and security we have hangs by a fragile thread. It can be all too easily broken by a natural or man-made disaster, by an act of war or terrorism, or a fear and hate-filled election gone horribly wrong.

A version of this was originally published in The Sun Times in November, 2016

2 thoughts on “Meeting the challenge of changing times”