The origins of that now very relevant and ironic old saying are not clear,  though it’s known in English as “the Chinese curse.” However, no actual Chinese source has ever been found.

The Chinese are indeed an interesting people in their own right, as the world well knows, now that “the sleeping giant,” as Napoleon called China, has been awakened. And by that, I mean “interesting” in its most obvious non-ironic meaning..

At any event, the saying often comes to my mischievous mind to describe the times we’re in, especially since the fateful American presidential election of 2016.

First, a belated note to my millions of followers:

Just as soon as I get a break from gardening — especially now with the demands of picking beans for hours daily  — I’ll get back to regular posting, and my modest efforts to add my voice to various matters now threatening the future of human life on earth, and the planet itself. There is hope, but only when the human family raises its collective voice in defense of its home.

This morning, after a long silence, I can’t resist weighing in on you-know-who’s interest in purchasing Greenland. It brings to mind the Leonard Cohen line from a song: “First we take Manhattan, then we take Berlin.” Except in this case it would be, “First we take Greenland, then we take Canada.”

I kid you not. “Make America Great Again,” was always bound to include a big chunk of conquest in the new geo-political world-order dominated by three military superpowers. Two are autocratic regimes. The other, the U.S., is a dictatorship in-the-making. How much of an excuse would you-know-who need to simply walk in and take Canada with a tiny portion of the American military? Not much at all.

Russia wouldn’t do much except a stern expression of concern, just to keep up appearances, to avoid suspicions about the game currently in play. After all, that may have been part of the deal all along, going back to the pre-election 2016 when you-know-who made a deal with Putin, for whatever reason, salacious or otherwise. (Oh, okay. I can hardly bring myself to say his name; but I speak of course of President Donald J. Trump.)

Why else would he have started spouting off in the spring of 2016 about NATO being obsolete, when it was the main obstacle to Putin’s ambitions to recover the former territories of the Soviet Union. Russia had just illegally annexed the Crimea, and was involved militarily in an eastern Ukraine, pro-Russian uprising. “Make Russia Great Again” could just as easily be Putin’s slogan. 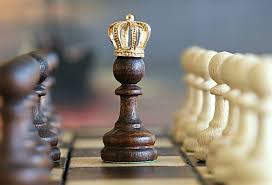 Hmmmm, now there’s a thought. Is it possible the whole campaign was master-minded from the Kremlin? Who, after all, IS the master of this world-changing chess game, leading first to the three Ds: Division, Disruption and Destruction of American democracy, and of the Western Alliance? And who is the pawn, and “useful fool,” as laughing Russians in high places are no doubt saying, patting each other on the back, in never-ending glee.

“The times they are a-changin’,” indeed.

4 thoughts on ““May you live in interesting times””