In naval warfare when the going gets too hot and the enemy’s shells are scoring too many damaging hits, you can do one of three things: run up the white flag of surrender, “make smoke” and hide behind it, or similarly, disappear into a fortuitous fog bank. 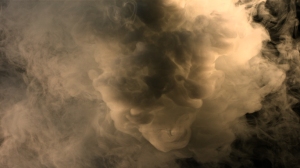 The great minds in the Prime Minister’s Office have chosen a combination of the last two, in response to the controversy over Bev Oda’s clumsy handling of a CIDA document recommending $7 million funding approval for the ecumenical, faith-based group KAIROS in 2009.

The embattled Minister of International Cooperation was taking a lot of hits from the Opposition over the handwritten insertion of that one little, now infamous word, “NOT” in the body of the recommending memo, signed by senior CIDA staff. It completely reversed the intent of the document. The question was, and still is, when was the “NOT” added, and who added it? Oda told a parliamentary committee last December she didn’t know who. But she has since said she ordered the word-change in keeping with her decision not to approve the funding because KAIROS no longer met the Conservative government’s funding criteria. Mainly, it didn’t like the group’s sometimes critical attitude toward Israel we now know.

“Our government believes taxpayer’s money budget for foreign aid should be used to deliver aid and tangible results for the people of developing countries, not for subsidizing advocacy,” says a backgrounder sent to Conservative MP s and senators last weekend so they would know exactly what to say if anybody asks about the Oda affair.

Heaven forbid that anyone in the Conservative caucus might think and talk for themselves, at least not in public. Or that they might have a sense in their own right of basic democratic principles, like the integrity of Parliament, at least enough to ask some obvious questions about what happened.

The Conservative party line is that the Opposition,  especially the Liberals, are playing politics, making the proverbial mountain out of a molehill. It’s all just a misunderstanding: Oda was speaking honestly when she told the parliamentary committee she didn’t know who on her staff  inserted the “NOT” while she was out of her office on a trip. As well, she didn’t actually sign the altered document herself; Instead, her stamped signature was applied by a staffer. There’s no reason for her to resign, and no reason for her to be censured, the Conservative script says.

That’s what Conservative members, most of whom were back in their ridings this past week, Are supposed to tell their constituents, if anybody cares.

It also appears to be part of the Harper’s government’s strategy to assume the vast majority of Canadians don’t care, that they don’t think the Oda affair is anywhere near as important, as say, a 10-year-old Winnipeg girl’s cover of a Lady Gaga song going viral on YouTube.

That’s what a Conservative MP, who chose to remain anonymous, told Globe and Mail writer Jan Taber this week. “The public outside of blind partisans is not listening – 22,000 people have signed the Liberals’ little petition while 10 million have listened to the little girl from Winnipeg,” the MP said, adding no one’s been calling his or her office to complain about Oda’s behavior.

Sad to say, I think that MP may be right. Most Canadians don’t care. They either just don’t have the time in the midst of their busy lives, full of more-then-enough personal worries, or they just can’t get their heads around the confusion of who said and did what, and when, and the possibility someone in the PMO’s office, possibly Prime Minister Stephen Harper himself, is pulling the strings.

There’s a very important democratic issue at stake here: the integrity of the Parliament, and the honesty of its members, and of the government. But not enough people seem to care about such matters of principle, compared with bread-and-butter issues like taxes.

Some do though, like this comment from a Globe and Mail reader in response to the Taber article: “It’s a sad commentary in Canada these past several years: Liberal scandal after 13 years of government saw the promise of a Harper Accountability/Integrity/Transparency new age . . . Now, five years later they’re still paying lip service to this promise, although what we got was secrecy and draconian rule.

“When will this country finally get a government worthy of its great people?”

But maybe we’re not so great. Maybe, as a wise person once said, and many more have often repeated, people get “the government they deserve.”

The more I see of the Harper government in action, the more I’m convinced it cynically understands Canadians only too well, at least the 40 percent or so needed to elect a majority government in the next election.

Then, I’ll wager, this country will find itself paying a big price for not caring enough about basic democratic principles, and for letting the Conservatives get away with hiding in smoke and fog, instead of facing the questions honestly.

Originally published in The Sun Times in 2011.