I met a man once who said he had spent his whole life in prison. he said it was the only place he could remember ever having lived, until the day he found freedom. That’s the way he put it: he didn’t say he had broken out of prison, or got released after serving the time for whatever crime he had committed. He said he “found” it, like it was something he saw lying around and just picked up.
END_OF_DOCUMENT_TOKEN_TO_BE_REPLACED 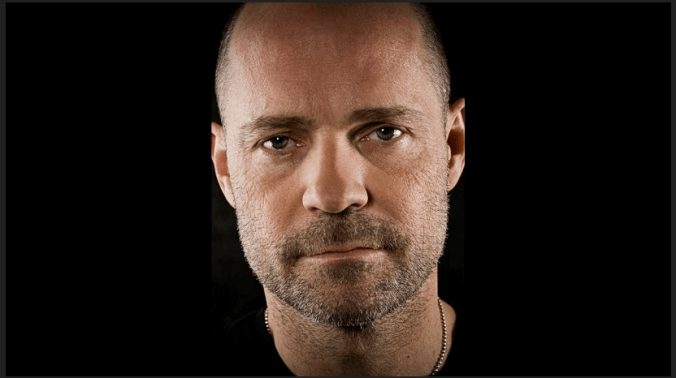 Mortality is the fundamental reality of human existence. We can make plans for the future, and that may indeed be prudent. But this present moment in which you and I live is the only one we can be sure of, though I daresay most of us, myself included, have lived as though we’re immortal.

Otherwise why would we devote our lives to the accumulation of wealth and material happiness? It’s an illusion, the pursuit of which blinds us to the life we could be living and the person we could be if only we could stop denying the existential truth.

Easily said then done, of course. Even now, as I am reminded daily that I am growing old, with all that entails, I struggle to break that habit of denial.

This may sound morbid; but it’s not really. I’m talking about the possibility of a liberating event, when the reality of mortality stares you right in the face in no uncertain terms; when it forces you to make the most important decision of your life. That is, to live with new or renewed dedication and meaning, and be the best person you can possibly be, for your own sake, and the good of everyone around you – and the wider world.

The great 19th Century Russian author, Fyodor Dostoyevsky, faced such a moment when he and other youthful political activists were convicted by the Tsarist government of the time of subversive activity and sentenced to death in 1849. Their graves were dug before them and the firing squad was lined up when suddenly a horseman arrived with a message from Tsar Nicolas 1 commuting their sentence to years of squalid Siberian exile.

One has to be careful not to justify such acts of authoritarian brutality, then and now. But that moment is regarded as formative for Dostoyevsky’s mature genius. As the encyclopedia Britannica says, “The mock execution led Dostoyevsky to appreciate the very process of life as an incomparable gift and . . . to value freedom, integrity, and individual responsibility all the more strongly.”

By all accounts Gord Downie, lead singer and front man of the Tragically Hip was already a good man — a good family man, good friend, and Canadian performer of well-deserved acclaim before the announcement on May 24, 2016 that he had incurable brain cancer.

“No one worked harder on every part of their life than Gord. No one,” his family and the Tragically Hip said in a shared statement this week.

Downie is now also a shining and inspiring example of a person who made the most of their last moment of living — however long. As it turned out it was 19 months.

I think it’s fair to say Canada was held spellbound by his courage and creative energy – his heroism, really, in the face of death.

Gord Downie was born and raised in historic Kingston, Ontario and got his musical start there along with other members of “The Hip.”

His love for Canada expressed in his music and his actions was palpable, but he was no narrow-minded nationalist. He called it like it was, especially after his diagnosis, when he focused much of his still formidable creative energy and attention drawing attention to indigenous issues.

For example, in his October 2016 multimedia project “Secret Path,” he told the story of Chanie Wenjack, the 12-year-old boy who died after running away from a residential school in Kenora in 1966.

The boy’s body was found along railroad tracks, 60 kilometres from the school. He was trying to make it home to his First Nation community 1,000 kms farther north.

“I have been deeply moved by Gord’s work with the Wenjack family to bring the history of the Indian Residential School system to a national audience,” he said. “Gord restored the dignity and innocence of a little boy who only wanted to go home, and we have been humbled by his determination to share the story of Chanie and all of our youth who never made it home.”

“We will forever be touched by Gord’s compassion and commitment to guide us along the path to reconciliation. Gord knew this wouldn’t be easy, but I pray that my friend has inspired us all to get moving.”

“In the wake of his diagnosis, Gord only fought harder for what he believed in: social justice, environmentalism, and reconciliation with Indigenous Peoples,” Prime Minister Justin Trudeau and his wife Sophie said in a written statement.

For his work raising awareness of Indigenous issues, Gord Downie was inducted as a member of the Order of Canada in 2017.

“(The) terminal brain cancer didn’t faze who Gord was. If anything, it galvanized him. He was a true humanist,” an emotional Sean McCann, singer and former Great Big Sea guitarist who knew Mr. Downie for many years, told the National Post.

No doubt Gord Downie had so much more to give, as is often said about a remarkable person who dies too young.

And yet, he gave so much in the time he had left. There’s a really important lesson there for all of us to take to heart as we try to be the best we can be, and work together to build this good country.

A version of this post was originally published in The Sun Times October, 2017.

Aren’t you someone I used to know?

END_OF_DOCUMENT_TOKEN_TO_BE_REPLACED A little girl was out walking with her Grandmother. It was December, 31, 1923, some time in the early afternoon, and it was her birthday. She would be three years old when the big clock in the downstairs parlour of the Thompson home on Melville Avenue in Toronto struck midnight.

The little girl looked up at her grandma several times as they walked toward Christie Street, and then turned right toward Bloor. She wondered why she was so quiet, quieter than usual. The child had seen that look before, many times lately, with all that was happening; and it frightened her.

She had seen what happened to poor Lila, poor, beautiful Lila, never to be the same again, as time would tell. END_OF_DOCUMENT_TOKEN_TO_BE_REPLACED