A dark-cloud overcast was building up on the western horizon. It held promise of rain after a month-long drought in our little corner of the world on the Bruce Peninsula, Canada where I’m trying to earn a bit of supplementary income by growing pesticide-free potatoes, among other things. END_OF_DOCUMENT_TOKEN_TO_BE_REPLACED 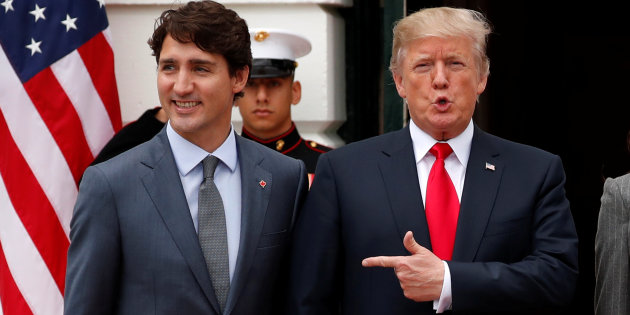 There’s an “elephant in the room” regarding the Government of Canada’s controversial decision to buy the Trans Mountain pipelines, existing and planned, from Kinder Morgan Canada, a subsidiary of a much bigger company based in Texas, for $4.5 Billion.

And its name is Donald Trump.

END_OF_DOCUMENT_TOKEN_TO_BE_REPLACED 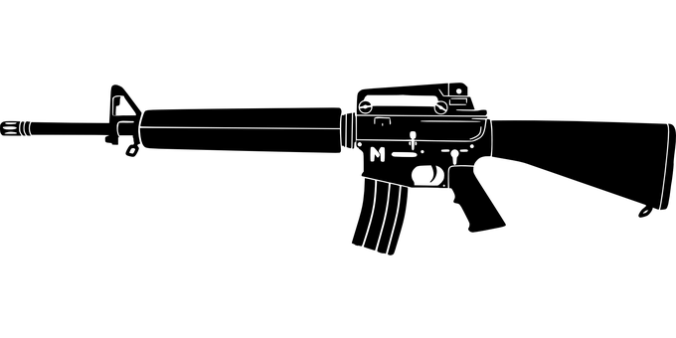 I admit it: I’ve lately been getting pretty down about the state of the world, mostly on account of the messy situation south of the border with the continuing tragedy of gun violence, and the descent of a once-great democracy into something dark, divided, and decidedly undemocratic.

And it just keeps getting worse, or so it seemed, even in the immediate aftermath of the Feb. 14 shooting rampage at Marjory Stoneman Douglas High School in Parkland, Florida. Nikolas Cruz, a 19-year-old former student at the school, allegedly killed 17 students and wounded 14 others with an AR-15 assault rifle he had purchased a year ago. The usual prayers, platitudes and condolences were offered, but no sign lawmakers were likely to take any common-sense, gun-control action. Too many have been bought off with hefty campaign donations from the powerful gun lobby, the National Rifle Association (NRA). END_OF_DOCUMENT_TOKEN_TO_BE_REPLACED

Phil, your’s truly, “teeing off” in the driveway on Groundhog Day morning, in the spirit of an early spring.

I’m not a groundhog, so I guess it doesn’t count, according to the rules of Groundhog Day, if I saw my shadow or not a few mornings ago.

I could cheat though. I could say I did not see my shadow on my usual, early-morning walk in hopes of catching some precious vitamin D light from the rising sun breaking through the mid-winter clouds. A shadow is a shadow, after all, so what difference does it make?

Not a good habit to get into, cheating, in big and little things. Like its brother, lying, cheating is a disease that will corrupt the mind and soul completely, ultimately leaving no internal sense at all of moral rightness or truth. The victim is left floundering and sinking in his self-destructive morass of chaos and ignorance with no guiding principle of self-awareness and salvation. Instead, there is an increasingly desperate delusion of quasi-sanity that depends on yet more lies and more cheating to maintain a semblance of control and believability. This is the liar/cheater’s most dangerous, destructive period because many foolish and vulnerable people – perhaps millions – will be taken in by the final and worst, potentially world-ending, big lie.

If that reminds you of anyone, congratulations on your insight.

END_OF_DOCUMENT_TOKEN_TO_BE_REPLACED 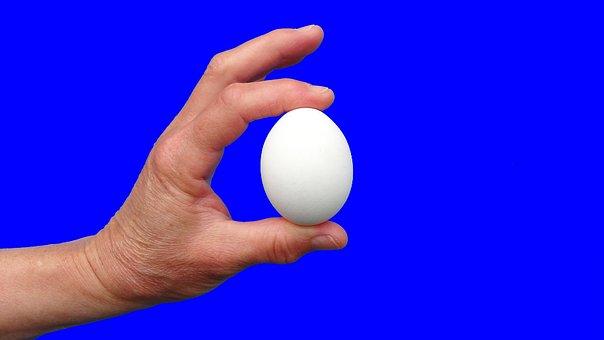 Are you worried to the point of being so stressed about the state of the world, particularly about the political situation in the U.S. that it keeps you awake at night?

Do you have a recurring nightmare about the planet as a raw egg in the wrong, oh so wrong hands as it awaits its fate. You too?! END_OF_DOCUMENT_TOKEN_TO_BE_REPLACED

I look out my second-floor office window here at Cathedral Drive Farm in Hope Ness and all is calm: the morning sun is shining on the second-growth of tender, young buckwheat still managing to survive the cooling nights. There is little wind, though 100 km/hr winds are forecast for this weekend. And I wonder if I will get a chance today to start putting plastic on the windows to help keep out the winter cold.

But, I confess, the state of the world has got me down: the increasingly destabilized, insecure, dangerous world and the threat that poses for ordinary people like me who just want to get on with their lives, do right by their children – and the human family – yes, that too, because we are all in this together, whether you live down the road and around the corner, or on the other side of the planet. END_OF_DOCUMENT_TOKEN_TO_BE_REPLACED

There’s nothing like a wall, real or virtual, to make a point about the promise to “Make America Great Again” even if it means offending an entire nation on its southern border, or hitting your best friend and ally to the north with a sucker punch.

Even the giant U.S. aircraft maker, Boeing, was surprised by the 220 percent “anti-dumping” tariff the U.S. Commerce department recently inflicted on the prospective sale of Bombardier’s new C-Series passenger jets to Delta Airlines.

Bombardier is a Canadian company that has signed a deal with Delta Airlines in the U.S. for the sale of 75 of Bombardier’s new C-series, 100-passenger jets. Delivery was supposed to begin in 2018. But Boeing said the jets were being sold below cost with the help of Canadian and Quebec government subsidies, and asked the U.S. Commerce department to investigate. The protectionist administration of President Donald Trump was only too happy to oblige, and then some. END_OF_DOCUMENT_TOKEN_TO_BE_REPLACED

First, allow me to take a few moments to look on the bright, hopeful side.

This row of squash got through an unusually cool, wet summer in southern Ontario, Canada to produce an abundant crop. Nature found a way.

It is now officially fall in the Northern Hemisphere. That makes sense, after all, we’ve just had a long stretch of mostly sunny, warm, summer weather. Things in nature, and in human life hopefully, do have a way of balancing out. At least that’s what I told myself and certain of my garden plants throughout this now-recent, unusually-cool, wet summer.

Hang in there, be patient, I told my corn, squash, and beans especially in so many words: the sun also rises, and will soon shine for more than a day or two in warm succession.

END_OF_DOCUMENT_TOKEN_TO_BE_REPLACED

Those dark clouds just keep coming, don’t they, figuratively and actually, in the skies above.

Not to sound too pessimistic – I keep telling myself to look on the bright side, of course, and try to be a beacon of hope here in Hope Ness, beside the Hope Bay Forest, just north of Hope Bay. But the reality can’t be denied. Indeed, if hope is at all possible, and I believe it is, it must grow out of a clear-eyed and heartfelt acceptance of the challenge we and the world we live in face at this critical moment in human history. END_OF_DOCUMENT_TOKEN_TO_BE_REPLACED

U.S. President Franklin Delano Roosevelt’s great words remembered at his memorial in Washington, D.C. As true and timely now as ever, perhaps even more so.

I’ve said it before, but it’s well worth repeating because of recent, bull-in-a-china-shop events in world affairs: self-awareness is a really important thing. END_OF_DOCUMENT_TOKEN_TO_BE_REPLACED