Most of Phil McNichol’s multi-faceted work career has been in the news business. He has worked as a Grey/Bruce-based journalist since moving to the area in 1979, including more than 25 years as a staff reporter for The Sun Times in Owen Sound, Ontario, Canada. He has been writing his award-winning weekly column Counterpoint for The Sun Times for 15 years. It earned him an Ontario Newspaper (ONA) Award in 2005 for opinion and analysis writing. He also won a Western Ontario Newspaper Award (WONA) in 1994, with two other Sun Times reporters for a series they did as a team on the issue of fresh water as a threatened resource. Phil has written extensively on local, provincial, and national politics, Indigenous rights, local and foreign affairs, agriculture, the environment, nuclear energy, aging, literature, and his beloved little farm in Hope Ness. Oh, and we must not forget perhaps his most famous subject, “Mr. Massey,” his 1946 Massey-Harris 22 tractor.

Phil has also owned and operated several small, local businesses including the Family Deli, Dreamers Gallery, and a heritage market garden he continues to cultivate, plant, and harvest. He sells his naturally-grown produce at the farm on Cathedral Drive, beside the Bruce Trail, and at the Lion’s Head Farmers’ Market. Phil is the author of ‘Previous Lives,’ a collection of short stories published in 2001. He has continued to write short stories, and is currently working on his first novel, ‘A Toronto Tragedy.’ A second novel, ‘Hope Ness.’ is also in the works. 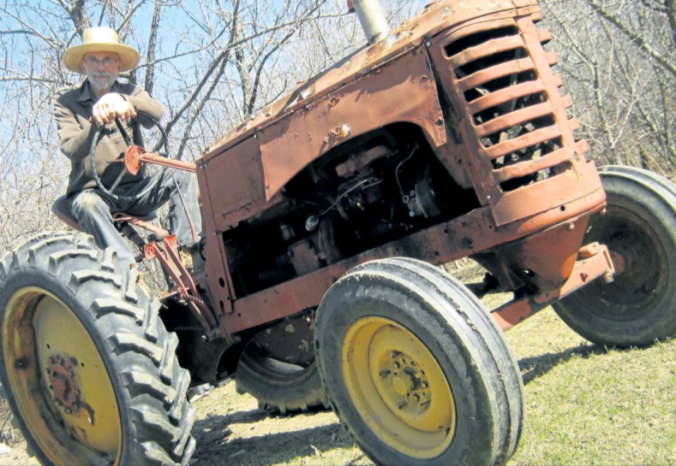