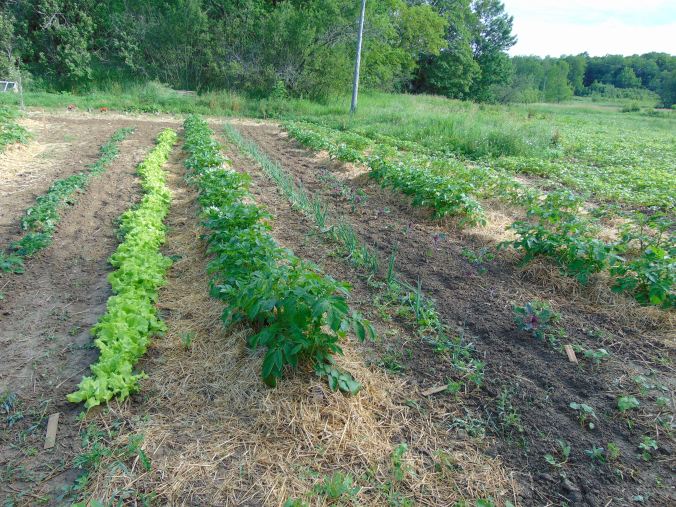 My “cool” garden, with lettuce thriving and in need of picking and thinning

If a picture is worth a thousand words, I might say this is, therefore, a 2,000-word update on the progress of my “cool” garden. But I better make allowances for the fact they’re two views from different angles of essentially the same picture and call it 1,000 words. Nothing but “real” news here, by golly. 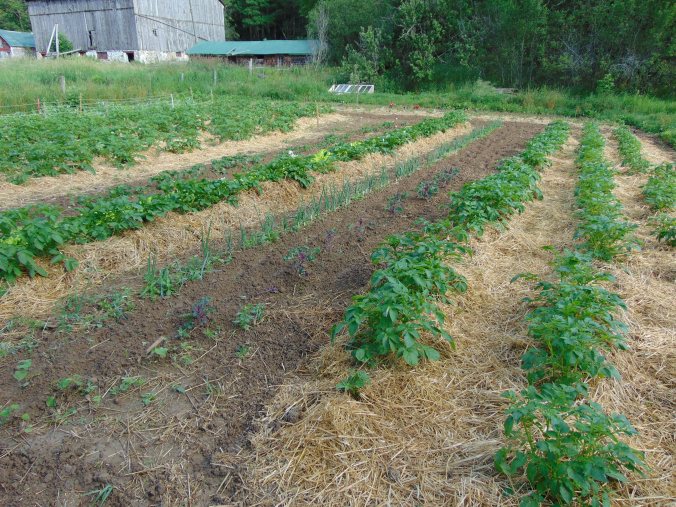 This worrisome cool, wet weather in southern Ontario has continued: heavy rain almost every day, and temperatures still well below the seasonal “norm.” The “hot” garden out back where it’s exposed to lots of afternoon sun is still struggling from the lack of heat and sun. And the ground is just high enough that it hasn’t flooded.

Not so, the usually very productive “Holland Marsh” north of Toronto. I heard on the news a few  days ago that area, which normally produce a large proportion of Ontario and Canada’s vegetables, has been flooded for the first time since 1938. Crops can’t be planted. It’s called a “marsh” for a reason of course. But for many years it has been drained by a series of ditches and canals. But the drainage system has been overwhelmed this year. 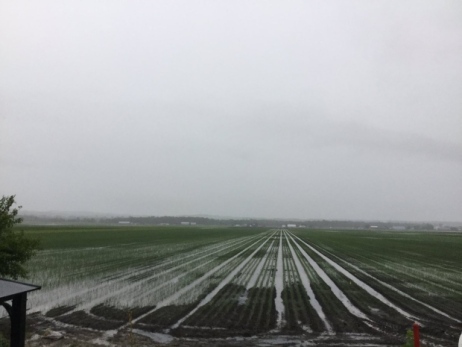 A recent photo of the Holland Marsh

And by the way, much of the Toronto Islands, the city’s summer playground for well over a hundred years have also been flooded because of the unusually high-water level of Lake Ontario.

There have been year-round homes and cottages on the islands for many years as well. When my father was overseas during the Second World War when I was a baby my mother and I lived there on Ward’s Island for a couple of years. In those days Toronto Harbour froze over in winter and in order to get to the city she walked across the ice while pulling me in a sleigh. Many times in later years I heard the story about how one day in early spring the thinning ice was cracking dangerously as we crossed.

The first sentence I ever spoke, as a two-year-old, was “boat coming in,” upon hearing the Ward’s Island ferry’s horn sounding.

I haven’t been to the Islands for a long time. Strange, but the thing I miss the most is the distinctive aroma of the old ferries, so heavily aromatic with overtones of old, varnished wood and the growling mysteries of the engine room that always fascinated me. 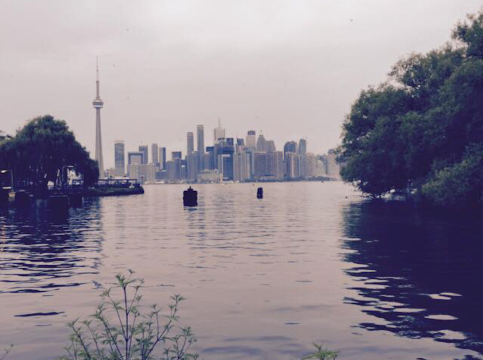 By the way. if I’m not mistaken there’s an early Neil Young song that conjures up a lot of Toronto Island images and feelings, for me anyway. It’s one of the songs in the On The Beach album. It includes the line, “Back in the old foggie days, the air was magic when we played.” I think the song is called Ambulance Blues.

Oh, Neil, where are you now? We’re always “twenty-four and there’s so much more,” aren’t we?

But the day comes after all when we can’t sing that song, can’t just go on re-creating ourselves in the same old way, doesn’t it? Or maybe just one more time, the one that really matters.

I’m sorry we never met. Or maybe we did, who knows. Were you that guy at the next Yorkville coffee-house table who I suddenly turned to and wearily asked, “So, how’s the book going?”

Did you reply, with a look of shock and surprise, “How did you know I was writing a book!?”

Probably not. After all, there were thousands of other young men sitting at that table and others. (The young women were home alone at their keyboards). But I proved my point easily enough: We were a generation of dreamers, most of us floundering and lost, living on illusions.

Maybe, we’ll meet on the Island in some other, better time where the sun shines.

In the meantime, if you’re ever up this way, in Hope Ness near the Hope Bay Forest, stop by my place at the end of Cathedral Drive and say hello, for old times’ sake.

Well, speaking of time, it’s time for me to scamper off now, to pick a little lettuce before the rain starts a-fallin’ again. Those are dark clouds forming overhead, yet again, after morning started off bright and sunny. Oh well. Apparently this is the new normal.

Of course it has nothing to do with climate change.

And the Emperor has clothes; and he’s not crazy.

One thought on “My “cool” garden, Toronto Island flooding, and “the old fogy days.””