Just after night settled in here – about 6 p.m. in mid-November – I was driving slowly along Cathedral Drive when suddenly my headlights lit up two white-tailed deer a short distance ahead. I had plenty of time to slow down more in case they panicked the wrong way into my van; and time to get a good look at the beautiful creatures as they literally high-tailed it off the road and into the woods.

They didn’t look full-grown. I suspect they were young doe, members of a larger group nearby. I know the deer are around me here in the Hope Bay Nature Reserve, but that’s the first time I’ve actually seen them this year, though there was plenty of evidence of them nibbling throughout the spring and summer on my peas and a few other garden crops. I know, I should put up a fence.

There’s lots of other critters in the woods. A few weeks ago I saw fresh bear poop, speckled with apple remnants, on my driveway. No wonder Buddy suddenly takes to barking at night in the house. I dare not let him out, brave as he is, to defend our territory. I’ve heard coyotes yipping again these evenings, after a quiet summer. The early November deer season passed without much apparent hunter-activity that I could see, or hear. I’ve seen a black and white feral cat down the road on its hunts a few times lately. If I see it hanging around near the house this winter I may put out some milk, and politely ask the dogs to “be nice.”

I’ve heard we (including the local wildlife) may be in for a hard winter, though it’s not an easy call for the weather-folks, the way the Jet Stream has become so unstable. That’s because the Arctic region is warming relatively faster than other parts of the northern hemisphere. Doesn’t mean it’s not darn cold up there, and a Jet Stream-driven blast of Arctic air can still drop the temperature in southern Ontario down to -30 Celsius, or worse.

This past week was a busy one on the global-warming, climate-change news front with at least three big stories we should all have known about.

The one that actually made the top, on-line headlines at the beginning of the week was about more than 15,000 scientists from 184 countries signing a “second notice” to the world about the inevitably disastrous consequences of failing to meet the challenge of climate change. Close to 500 scientists from Canada were among those who signed the mostly grim outlook if humanity continuers to emit massive amounts of so-called greenhouse gases like carbon dioxide (CO2) into the atmosphere. That’s mostly, but not only, from the burning of fossil fuels.

It’s reassuringly ironic that the initiative for this second warning on the 25th anniversary of the first came from one person, an American, William J. Ripple, a Distinguished Professor of Ecology at Oregon State University in the Department of Forest Ecosystems and Society. He and graduate student, Christopher Wolf, started looking at key data to see what, if any, progress had been made since the first group of 1,700 scientists signed the first warning in 1992.

What they found was that the climate-change continuum has gotten much worse, with just one exception: the depletion of the ozone layer in the earth’s upper atmosphere as a result of pollution appears to be on the mend. After many worrisome years of expansion, the hole in the ozone layer over Antarctica is getting smaller. That’s a good thing.

That, the new “notice” says, should be an example to the world of what humanity is capable of doing if we put our collective hearts and minds to the task of changing the way we live and work, from the grass-roots of community-based human society to the highest levels of government and global leadership.

The notice, published this past Monday in the scientific journal BioScience, cites many scientific study references and doesn’t pull any punches about the urgency of the climate-change challenge:

“Since 1992, with the exception of stabilizing the stratospheric ozone layer, humanity has failed to make sufficient progress in generally solving these foreseen environmental challenges, and alarmingly, most of them are getting far worse.

That is followed by the comment that most news venues pulled out to highlight:

“Moreover, we have unleashed a mass extinction event, the sixth in roughly 540 million years, wherein many current life forms could be annihilated or at least committed to extinction by the end of this century.”

Scary stuff. In other words, one might say, global warming and climate changed caused by human activity since the onset of the Industrial Revolution is the apocalyptic equivalent of a large asteroid hitting the Earth 66 million years ago.

And that led to this warning: “To prevent widespread misery and catastrophic biodiversity loss, humanity must practice a more environmentally sustainable alternative to business as usual. This prescription was well articulated by the world’s leading scientists 25 years ago, but in most respects, we have not heeded their warning. Soon it will be too late to shift course away from our failing trajectory, and time is running out. We must recognize, in our day-to-day lives and in our governing institutions, that Earth with all its life is our only home.” 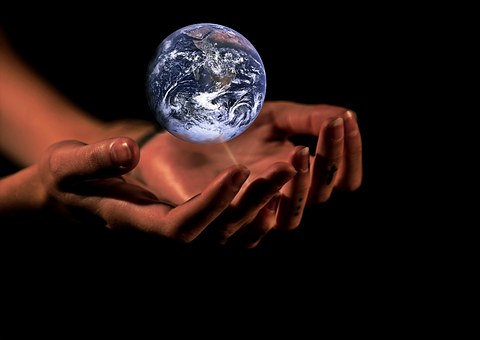 A similar “time is running out” message came up at the 12-day, UN climate talks that wrapped up recently in Bonn, Germany. They were the continuation of negotiations that led to the 196-country Paris Agreement in 2015. It was regarded at the time as a big step forward in the fight against global-warming and climate-change.

But then came a discouraging step backward when the newly-elected administration of President Donald Trump withdrew the U.S. from the agreement. He called it a bad deal for his country, which is now the only one on the planet not in the agreement.

An apparent pause in the continued increase of CO2 emissions into the atmosphere over three years, up to 2016, helped fuel and justify the U.S. administration’s renewed encouragement of fossil-fuel use. Trump’s approval of the Keystone pipeline, to bring more Alberta tar-sand’s oil to U.S. refineries from Canada is an example of that. So are efforts to rekindle the U.S. coal industry.

But new research says CO2 emissions are on the rise again and expected to hit 41 billion tonnes by the end of this year. That’s a new record high, the Bonn conference was told, according to a report in Digital Journal.

Cries of “you’re liars!” and “there’s no clean coal!” were heard at the Bonn talks when George David Banks, a “special energy and environment assistant to the U.S. President,” tried to make a case for the use of cleaner and more efficient fossil fuels to limit climate change.

Every little bit helps. But clean coal, if there is such a thing, can’t hide the reality that the U.S. position on climate change is a terrible mistake.

I’m taking an inventory of my fossil-fuel use. And it gives me pause, so it does: two lawn mowers, a chainsaw, a propane furnace and stove, a 50-year-old, diesel-powered tractor, and a van with an internal-combustion, dinosaur engine that uses way too much gas to get an old guy around.

We’re all, all nine billion of us, whether we know it or not, like deer caught in the headlights. We can’t just stand there and let disaster happen. We gotta do something. Deer are smart enough to know that. Even certain mushroom, or fungi, species have a way learning and communicating with each other about the condition of their forest environment. 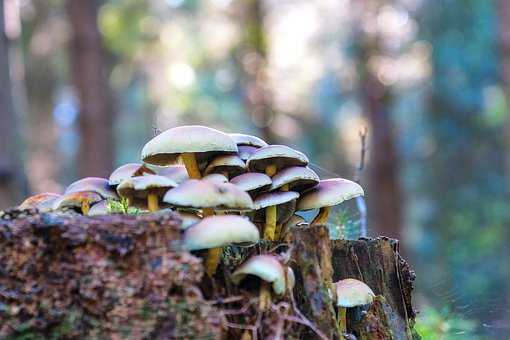 A version of this post was originally published in The Sun Times in November, 2017