I suppose one of the advantages of getting to a certain age is the view it offers of how dramatically things have changed, in so many ways. Whatever may be happening elsewhere in the world that is troubling and worrisome, my country, Canada, has changed and is still changing for the better. I will go so far as to say it’s surely one of the more hopeful places in the world; perhaps even the hope of the world. 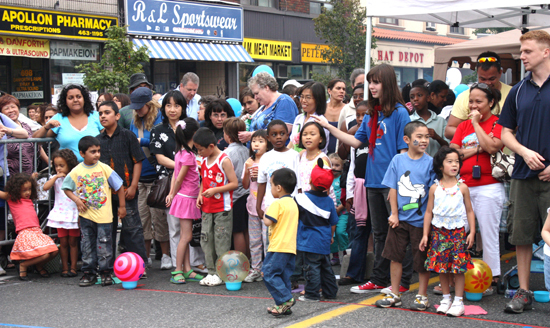 Toronto, my home town, is now one of the most multicultural cities in the world

Earlier today I came across the camera that was bought for me to use when I was first hired on as a staff reporter for the Owen Sound Sun Times in 1984. The paper was a small daily in the Southam chain at the time, but it had a big reputation as a great place for recent journalism graduates to cut their teeth and move on to bigger things. As editor, the late Bob Hull, and city editor Bill Twaddle encouraged their editorial staff to reach for the highest possible standard of news coverage. That included in-depth and investigative stories, and plenty of top-notch features about the people and places of the diverse Owen Sound and Grey-Bruce counties area. Sun Times reporters, photographers, and editors regularly won Ontario Newspaper Awards in what was still arguably the heyday of print journalism.

We never imagined then how much newspapers are now struggling to survive.

My first beat was the Bruce Peninsula, my home turf. I had already spent three productive years chasing down stories, mostly for The Sun Times. As often as not I took my own photos, as a freelancer and then as a staff reporter, with the new Olympus OM-1, single lens reflex (SLR) camera. It was still state-of-the-art at the time. As I took the rather dusty, 32-year-old camera down from the top of my desk today I thought, that’s not really that old; and yet, it’s from another age. No doubt there were people somewhere who knew about the coming digital age of photography, people who were likely working their butts off to make it happen, knowing full well they were the vanguard of a media revolution.

That got me to thinking about the other changes I’ve lived long enough to see, changes that go further back in time, and are just as amazing to think about.

The biggest change is the extent to which Canada has become one of the most culturally diverse countries in the world. When I was a young boy growing up in Toronto in the immediate post-Second World War years, most Canadians by far were of English, Scottish and Irish descent. In fact, just over 50 percent of Canadians, had Scottish ancestry, much of it dating from the Highland Clearances.

That was a genocidal period of British history that began in the late 18th Century and continued for more than 100 years, well into the 19th Century. Poor tenant farmers, known as crofters, were evicted from their small farms, often by force, with their homes set ablaze as they left. Such was the human cost of the anglicized, Scottish aristocracy “clearing” the land for large-scale sheep-raising after the final defeat of Scotland’s independence at the Battle of Culloden (1746).

Though British history was a staple subject of a Canadian education when I was a boy, we never heard anything about “the clearances.” And, sad to say, I saw little if any indication that the many descendants of Scottish Highland refugees in the Grey-Bruce area had any knowledge of that brutal part of their heritage, and the role it played in bringing their ancestors to Canada.

The Toronto and Canada I experienced as a boy, insofar as southern Ontario was representative of the country as a whole, was predominantly, White, Anglo-Saxon, Protestant, or WASP, as we used to say. Toronto was a bastion of narrow-minded, repressive, cultural conservatism. Well into the first half of the 20th Century the Orange Lodge, with its anti-Catholic bias, virtually ran Toronto municipal politics.

But things began to change, I would say, in the early to mid-1960s. The construction of what I still think of as the “new” city hall with a design considered fairly radical, certainly in comparison with the staid, old stone-block city hall across Bay Street, was a catalyst and a turning point. Suddenly, a city regarded as hopelessly “provincial” in outlook put itself on an international stage. It said, in effect, we’re ready for change. 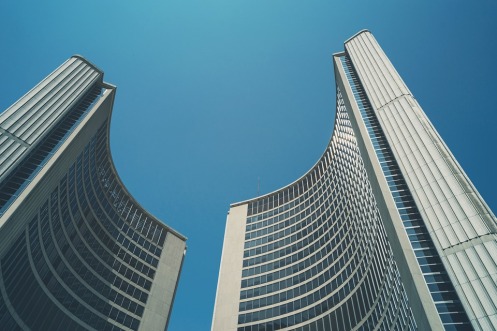 Today Toronto is one of the most culturally diverse cities in the world. People of virtually every culture and nationality on earth live there, and most importantly, they live there together.

Gradually that multicultural richness is leaving Toronto and other big cities in Ontario and across the country to explore small-town, rural Canada, to find employment opportunities, and take up residence.

I’ve watched this process of change, the steady growth of a more vibrant, interesting, and culturally diverse Canada, with wonder and appreciation. Sometimes I think if I ever leave my secluded little farm in Hope Ness, I might just end my days immersed in the multiculturalism of my home town.

It is surely a great thing for the world as well, to be able to see, in Canada, how people from all over the world can live together in peace and mutual respect..

As I’ve often said, Canada is still a work in progress, and no doubt we have a ways to go yet, but it works.

It is a hopeful place in a troubled world, now more than ever.

One thought on “Celebrating Canada’s diversity”