Nice timing, even if it is purely a coincidence, and a huge mistake: 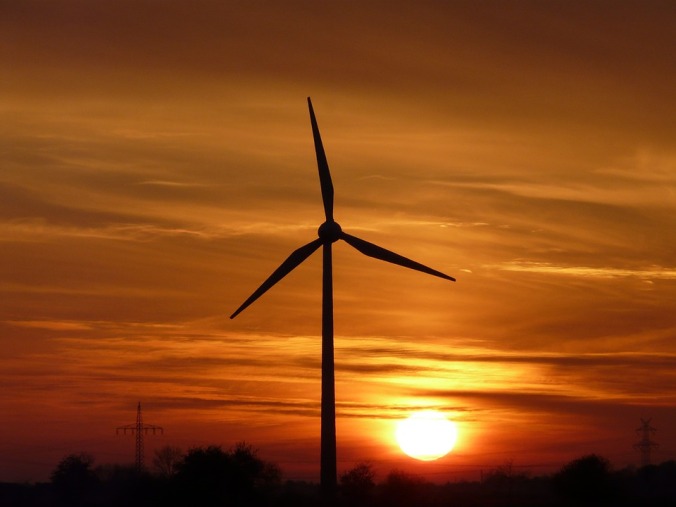 The day we hear the pioneering, leaning tower-wind turbine of Ferndale has been stood up straight again and anchored in the underlying bedrock is the same day the Ontario government drops a bombshell and blows down its almost 10-year-old green energy initiative.

In that time Ontario has seen renewable energy-generated electricity start with almost nothing other than that very wind turbine, to a point now where renewable, “green” energy provides more than 15 percent of the power on the provincial grid. That most up-to-date data comes from the Canadian Nuclear Society (CNS) website, of all places. By far the largest share of that is produced by wind turbines, as well as solar and biofuel.

Hydro-electric production, once the mainstay in this province, still accounts for 17.9 percent of Ontario’s electricity.

But Ontario’s massive nuclear plants produce the most, at 62.5 percent.

The government was already getting cool to the idea of continued expansion of renewable-energy generation and had previously indicated the end was coming, but in 2021.

Meanwhile, rising electricity rates have become a major political issue for the government, and in particular, Premier Kathleen Wynne, whose popularity rating has sunk to a new low.

Speaking again of interesting timing, Energy Minister Glenn Thibeault said Tuesday he made the decision to stop any new processing of green energy project proposals after receiving an outlook report Sept. 1 from the Independent Electricity System Operator (IESO). It said Ontario will have enough generation capacity to meet its needs for at least a decade when projects already approved are brought on line.

“Under instructions from Kathleen Wynne’s government, the IESO had already launched another round of green energy procurement with 59 companies lining up to take part in plans to add another 1,000 megawatts of electricity,” said a London Free Press article also published in The Owen Sound Sun Times.

“Thibeault said the report made it clear the extra green energy isn’t needed,” it added.

In the short term perhaps; but in the long term it’s not at all “clear.”

When it comes to electricity in Ontario and how it is generated, clarity is in the eye of the beholder.

If you’re married to the idea that nuclear-generation must and shall continue indefinitely as by far the biggest and most expensive source of power for the provincial grid, with all its present and future radioactive waste storage problems and needs then, yes, it’s clear we don’t need more green energy.

But if you think nuclear generation must be phased out and replaced by renewable energy as soon as possible it’s far from clear.

There are all kinds of reasons in an increasingly turbulent, unstable world to bring the nuclear-generation era to an end. Let’s set most of those reasons aside for now and consider the vast sums of money involved in the refurbishing of Ontario’s nuclear power plants to extend their life spans. And then consider the multi-billion-dollar cost of storing and likely burying huge amounts of radioactive waste in deep geological repositories still awaiting approval and construction.

Yes, green energy micro and macro FIT projects were initially paid many times more than the going rate for electrical power. And, yes, that understandably sounds outrageous. Why should electrical consumers who don’t happen to have a roof they can cover with solar panels subsidize those sweet deals through our electrical bills? That’s a fair enough question.

If the answer is to help jump start Ontario into the green, renewable energy age, to make it a very attractive investment indeed, despite the high cost of equipment and production, then it worked.

“Ontario has been at the forefront of this technological revolution. The province is the third largest producer of solar power in North America and the fifth largest for wind. This commitment has meant cleaner air, more jobs, and new economic opportunities for Ontarians.”

Make no mistake; the shutting down of Ontario’s green energy plan was a political decision:

Green energy and its start-up costs made a convenient, though unfair scapegoat. The fat and sacred nuclear cow is protected. The Wynne government, already in trouble with the election winds starting to blow, avoids having to announce a major and no doubt very controversial revolution in the Ontario power paradigm, the phasing out of nuclear.

The longer that is put off the more it will end up costing, in more ways than one.

The sudden end of more green energy approvals may be applauded by many residents and municipal politicians in rural Ontario where big, corporate wind farms and the lack of local decision-making power were never popular; and rightly so.

Ontario’s green energy agenda was overdue for a thorough rethink and a renewed approach; but it absolutely needed to continue.

The brave, new world of renewable energy in Ontario virtually began in a Bruce Peninsula farmer’s field on the Ferndale Flats 14 years ago. There was no Ontario green energy plan at the time. Renewable energy was still a hard sell. But the local community was supportive and even proud, it seemed, of its pioneering role.

Then a few years later came the green plan and provincial government’s heavy-handed approach, followed by the prospect of several large wind farms and hundreds of wind turbines up and down the beautiful Bruce Peninsula. A few wind turbines on the Ferndale Flats had seemed like a graceful addition to the local scenery. But suddenly it was all too much, and to a large extent the good feelings were lost.

There was a lesson there someone in the Energy ministry green plan-administration should have picked up on early and taken it to the highest levels for their attention.

Hear me my children, green works best when it keeps its focus on the grass roots.

That original turbine of a modest wind-farm of three built by local green energy visionary, Glen Estill, with the support of the local community is now owned by Capstone Infrastructure, a Toronto-based company that aims to be Canada’s leader in “diversified infrastructure” development.

Capstone has got the first Ferndale turbine standing back up straight and true again, anchored in the underlying limestone bedrock, and ready to generate electricity again. But the dream of green energy has taken the fall, the victim of government mismanagement and now short-sighted political opportunism.

It boggles the mind.

A version of this was originally published in The Sun Times in October, 2016