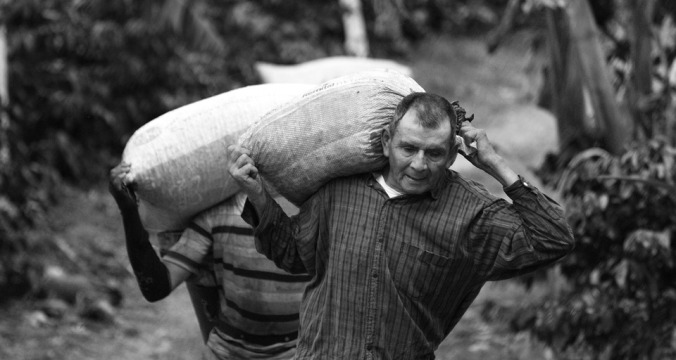 In the midst of the Great Depression of the 1930s my parents left school to find work to help their impoverished families. As fate would have it they both found jobs, first Dad and then Mom, in the same Toronto food-processing factory. Whether they were paid by the hour or not, I don’t know. Nor do I know if they worked 40-hour weeks; likely not, in that day and age. What I do know – because I heard Mom say it often enough – their weekly take-home pay was $5.

Assuming a 40-hour week, that works out to 12 and a half cents per hour.

As for working conditions, one day Dad got his home-made shirt caught in a machine. The shirt was made of rough, cloth sugar sacks. Fortunately, the machine ripped the shirt off his back before he got pulled into its grinding mechanism. He had to jump on his bicycle and rush home to get his mother to sew it back together because it was the only shirt he had. Then, after about an hour or so away from the factory, he rushed back to work. His pay was docked for the time away.

Now, it’s certainly fair to say times were tough for a lot of people during the Great Depression. But some people were doing okay, better than just okay apparently, when I recall another story Mom used to tell about the day some rich matrons showed up in front of the McNichol home on one of the poorest streets in west Toronto.

They arrived in a big chauffer-driven car to deliver a charity food basket. The well-groomed ladies in their fine clothes and fur coats – for it was winter, you see – carried the basket to the front porch and knocked. Dad’s Mom, with her proud Irish head bent low, accepted the basket. The ladies smiled down on her, turned, and left, feeling good about themselves and their noble act of charity. After the big, black car drove away my paternal grandmother sat on the porch steps and cried her eyes out, so the story goes; and I believe it.

Fast forward about 20 years, to the mid-1950s, before the age of pay equity. (The first reference I could find on-line to the Minimum Wage in Canada and provincial governments, including Ontario, was a federal database that went back as far as 1965. Even then the minimum wage in the “southern Ontario zone” was $1 per hr for men, and 95 cents per hr for women.) A single mother working in the headquarters of a major Canadian financial institution made less than 63 cents per hour – 62.5 cents, to be exact, based on a 40-hr week. She found it impossible to support herself and her young son, me, without working two part-time jobs, her lunch hours in a downtown cafeteria, and evenings at a movie theatre snack bar. And still, it was never enough.

A few years later when I was a high school student I got a part-time job working evenings and weekends in a very busy, suburban Toronto supermarket. The starting pay was 35 cents per hour. Just to put things into perspective, you could buy a box or bag of name-brand cookies for 39 cents and a can of Canadian sardines for 19 cents.

During an extended break in my post-secondary education I worked at a few full-time jobs. But I really counted myself lucky to land a job at the Canadian national parts depot of one of the “big-three” automakers in 1968.

I remember my soon-to-be new boss, after he said I had the job, casting his right arm in a sweeping gesture at the warehousemen working in the nearby packing/shipping area just outside his office. “These are all $100-a-week men,” he said proudly. He had been a company man and the dealer-order/shipping supervisor since before “the war,” meaning the second world war.

“We ship auto parts all the way to Iraq,” he said, this time with his voice expressing wonderment as he recalled that amazing event. It was as if he had been part of making something miraculous happen.

Oh, how times have changed. When I was a boy, stories about my parents working at $5 per week jobs seemed incredible. But I daresay it sounds incredible to a new generation of young people to hear a story about anybody ever rejoicing to get a job that paid $100 a week.

Statistics Canada released some interesting information this past week. Taking into consideration 2016 census data, the federal government agency said the “median” incomes of Canadians overall had risen in the past 10 years by 10.8 percent, to $70,336. Every province and territory showed increases, though they vary from place to place. Nunavut had the biggest increase, 36.7 percent, to a median income in 2016 of $97,441.

(Quite by coincidence I heard an indigenous person from there today talking on CBC Radio about the low incomes of indigenous people in Nunavut compared with the much higher-incomed non-indigenous people who live there. So, that income number does not reflect the income reality of most people.)

Ontario’s 10-year-income increase was the lowest among Canada’s provinces and territories, at 3.8 percent, with a median income in 2016 of $74,287.

So, what is a living wage? Hard to say. It’s complicated. But are low-income people, the poor in other words, to blame for more than 75 years of inflation? I don’t think so.

But whatever a living wage is, the current Liberal government of Ontario’s plan to raise the minimum wage to $15 per hour by January 1, 2019 may bring low-income wage earners close to a living-wage income level, or not, at $31,200 annually for a full-time job.’

The Minimum Wage in Canada’s most populous province is currently $11.40 per hour. It is slated to rise to $11.60 on Oct. 1 this year. Then, on Jan. 1, 2018 it will take a big jump up to $14.00, then $15 a year later. But a provincial election is coming next year, so that last increase is in doubt if the popularity-slumping Liberal government loses the election.

The pace and size of the last two planned increases has run into a fair amount of criticism from the business sector warning of job losses. The province’s own, independent, Financial Accountability Office has also warned the increases could lead to the loss of 50,000 jobs.

What is the point then? That Ontario needs to have a sizable portion of its labour force making poverty-level wages, and living in a state of perpetual poverty for the sake of its economic well-being? If the answer is yes, it’s absurd. Poverty is not an economic necessity.

There are many more advantages to increasing the minimum wage to a “living wage” level than that kind of mentality may be taking into consideration – like healthier, less stressed-out workers, increased productivity, and a better opportunity to recreate one’s life. 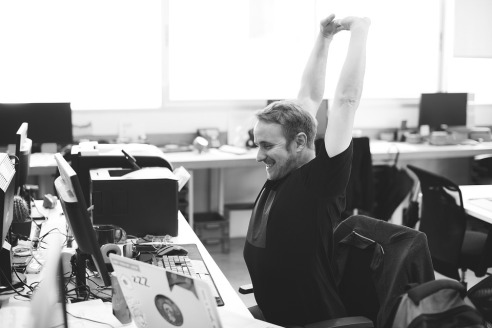 If $15 per hr does indeed add up to a “living wage” it’s just what every person who works for wages should get for their daily labours. It’s long overdue. And if it doesn’t, keep increasing the minimum wage until it does.

The sky will not fall.

A version of this was originally published in The Sun Times September, 2017.

3 thoughts on “Poverty is not an economic necessity”