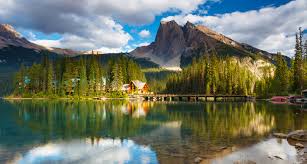 A mountain lake in the interior of British Columbia, Canada

It was a moment that lasted all night. At some point though I fell asleep in the passenger seat of his car. I awoke, as usual even then, at dawn. He was gone. Last I knew he was in the driver’s seat where he had been talking his way through the night. He was on his way home to Calgary. He had been away working on a construction project in the British Columbia interior. But a couple of days earlier he had gotten a letter from his wife, telling him she wanted a divorce. She didn’t say so, but he thought maybe she had met somebody else. He was going home to find out what was going on and try to talk to her about it.

I was just 18 at the time, hitchhiking back to Toronto after spending a few weeks in Vancouver where I had found a room in a cheap hotel. I didn’t know any better, but it was what was then called “skid row” where the drunks hung out. Many had found their way there one way or another from various parts of the country. Searching for something, or running away from something, they had come to the edge of the world with nowhere else to go. They were messages in a bottle, lost in an ocean of booze.

There had been a knife fight in the hall outside my door in the middle of the night, and that had prompted me finally to head home myself. I had hitchhiked through the states, letting the rides take me wherever. I was kind of hoping I’d end up in San Francisco for some reason when I had made it as far as Salt Lake City. But from there the rides took me north. I didn’t know it at the time, but I had an appointment in Ketchum, Idaho where Ernest Hemingway was working himself up to commit suicide. I thought a lot since that I was supposed to get to his place in time to stop him. But somebody – God maybe – had forgotten to tell me and I was in a Volkswagen van driven by a U.S. Army Sergeant on leave from Germany when the news came over the car radio that the famous, Nobel-prize winning American author had killed himself that morning at his home in Ketchum. “That’s just over there, the other side of those hills,” the Sergeant said, motioning to his right past me out the passenger window. I believe I’ve mentioned him before somewhere else. Sorry, if I’m repeating myself. I’m old now, and that was the summer of 1961, a long time ago. He too, the Sergeant, was on his way home, to Seattle. So, I figured Vancouver would be my next destination after that. I could have gone back south to San Francisco. But I had missed my appointment, and, perhaps fatefully for myself and Hemingway, I had got hung up at a highway truck stop in the Idaho mountains until the Sergeant picked me up and that apparently made me late. So even then I imagine I was already on my way home, not destined to stay in Vancouver, and, now that I think of it again, maybe with another appointment to meet yet another man on his way home to do Heaven-knows-what when he got there.

There were others. Who knows how lives are changed when people meet seemingly in passing, even just for a moment.

I got out of his car and soon saw the 30-something construction worker from Calgary sitting on a rock at the edge of the lake. He was looking out across the waters. I should mention at that time, 57 years ago, the Trans-Canada Highway was still under construction. At that location in the mountainous interior of B.C. the highway had not been built around, or across the lake; you had to take a ferry. But I had missed the last departure and had to spend the night until it came back from the other side the next morning. I remember I asked the proprietor of a store near the dock if I could spend the night on a bench on his porch. He looked a bit taken aback for a moment, but shrugged his shoulders and said, “okay.” But at some point the fellow on his way to Calgary came over and asked if I’d prefer to sit in his car. It didn’t take me long to realize he needed to talk to someone, and that someone was me.

He turned around and smiled when I came over. “How’re you doing?” he asked. He seemed more relaxed, and at peace with the situation he was facing than he had been at first the night before.

“Thanks for listening last night,” he said, “and for what you said. It helped.” I tried to remember what I had said. All I could remember was listening, and only speaking briefly once or twice, and being worried that it didn’t amount to much. I mean, after all, I was just a kid, totally naïve, a babe in the woods with no business hitchhiking across half the continent and back, let alone trying to think of something to say to a married man going through a personal crisis. Then I remember what I had said when he had poured out his heart about how much he loved his wife, and thought she loved him, and now he didn’t know what to think or expect when he got home.

“Maybe that’s it,” I said, “maybe she just wants you to come home.”

I remember him furrowing his brow and taking just a moment to think about that. “Well, she sure picked a terrible way to tell me.”

“Yes,” I said, “that’s true. But from what you’ve said, you two were, are, really in love, a lot. So maybe she got really lonely, so lonely and missing you so much she’s gone a little crazy.”

“Well, she is very emotional, that’s for sure,” he said, looking off into space out the front window of the car. The moonless night sky was full of stars

That was the end of it. There was no more conversation in the car. I must have fallen asleep where I sat not long after that. 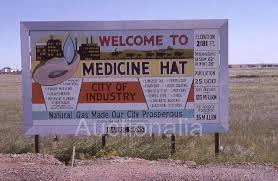 The ferry came and we got on board with other people on their way home. Apparently, it was a time for going home. We shook hands and said goodbye. He was going a different way. I think I made it to Medicine Hat, south of Calgary by dinner time later that day. I decided to spend a dollar or so of the $10 I had left to get me to Toronto on a good restaurant meal. The special of the day was stuffed beef heart. I gobbled it down. The waitress, a lovely flower of the prairie, if I may be so bold as to remember her thus, came over with a big smile and asked if I wanted seconds. I said, yes, of course, and thanked her. It was the only time I’ve ever been asked if I wanted seconds in a restaurant. I guess that’s what they mean by “western hospitality.” Maybe I should have stayed in Medicine Hat. Everything would have been different. But I was on my way home. At that point it was my uncompromising destination.

And now here I am, in a little place called Hope Ness, beside the Hope Bay Forest, just north of Hope Bay, in my “little piece of Paradise,” as I’m often told, on Cathedral Drive.

Home at last; with the great Sviatoslav Richter playing Chopin like I’ve never heard before, and spring in the air.