Jorden and great grandpa in the beans

The second-floor window of my office in this old farm house at the end of a no-exit road overlooks a vegetable garden that’s proved to be way too big this season for this old guy. A prolonged drought that began in late May and only just ended didn’t help.

There are two dug wells on the property. They were dug with pick-axes and shovels many years ago by homesteaders determined to build a life here for their families then, and future generations to come. It didn’t work out that way here in Hope Ness on the Bruce Peninsula. Once, there was a farm on every 100 acres (40 hectares), after settlers arrived in the late 19th century. It was not easy land to farm, and life was hard. So, in the mid 1960s when a man from Dow Chemical came around and offered people $5,000 for their farms, most were ready to accept what seemed like a lot of money at the time. Dow wanted to develop a huge quarry. But for some reason it didn’t happen. The Ontario government ended up owning most of the land, and still does. This house of mine is one of the few that didn’t get demolished, as well as the barn and several other smaller buildings. Wilma and Cliff, the previous owners, managed to get title back to 5.9 acres, with the buildings. It is surrounded by the provincial Hope Bay Nature Reserve. I’m pretty sure the nature reserve is bound to become First Nation territory to settle a land claim. That doesn’t worry me. I trust the Saugeen Ojibway First Nations to keep their word regarding private property. More about that later in this post.

The dug wells on this property, and other indications of the tremendous amount of work the settlers put in to trying to make their long-term homes here does give me cause to reflect on the tragic nature of human existence, or something like that; so much energy spent, so many hopes and dreams, all in vain. Makes me think, so it does.

The larger dug well back some distance from this old house must have been a major project, at 20-ft deep, and well-lined with concrete. It would have served a dual purpose, watering livestock in the nearby field, and filling pails for the house. The old, black-iron pump with part of the pipe attached is still lying among some rocks and trees where it was discarded years ago. I haven’t got the heart to haul it away for scrap, so there it remains.

The smaller, shallower of the two dug wells is in the front field. It’s less than half as deep, much narrower, and lined with rocks. Both wells were full to the brim when this year’s planting/growing season began.

With the onset of the drought I started watering the garden by hand with water from those wells. If I hadn’t I doubt anything would have survived. Before the end of July both wells were empty.

My advice to people my age, that is 70-plus, is this: by all means stay active and to some extent challenged physically and mentally, but don’t overdue it. Be realistic, know you’re limits; otherwise, you will pay the price. And this above all, don’t be afraid to make your highest priority the enjoyment of life. You’ve earned that right.

One of my favourite places to be, driving my tractor. One of these I’ll get that light fixed.

It especially became hard for me to find the energy to write. I refer mainly to the weekly column I have written for the Owen Sound Sun Times for 17 years, after I retired as a staff reporter. But readers of this blog – and millions out there in my dreams – will know that I have also not been keeping up with new posts as often.

In Journalism, a lack of energy is not a good thing. It’s a demanding profession with high standards. It is not “fake news,” as you-know-who likes to say. I count myself fortunate to have had the privilege of working for many years with editors and colleagues at The Sun Times where quality of work didn’t take second place to anywhere else journalism was done. Numerous newspaper awards attest to that. Fair, honest, and accurate were always the guiding principles.

And this too, above all: get the story and tell the people what they have a right to know.

That’s what I’ll miss the most, and is probably why I’ve hung on as long as I have. But a version of this post was my last column published yesterday in that good, local daily newspaper.

But once a news hound, always a news hound. Something in me will always yearn to do that, to break a big story about something that has happened or is about to happen that will have a big impact on people’s lives, and/or their community.

For example, I have written a lot in recent years about two proposed, deep geological repositories (DGRs). One is planned by Ontario Power generation (OPG) for the deep, underground storage of low and intermediate-level, radioactive waste at the Bruce Nuclear site. The other has been proposed by the Nuclear Waste Management Organization (NWMO), established in 2002 with a federal mandate to find a long-term solution for the storage of Canada’s growing stockpile of highly radioactive, used nuclear fuel. Final federal government approval of the OPG project has been stalled for almost three years. I doubt it will happen any time soon, given the location near the shore of Lake Huron, one of the Great Lakes Canada shares with the United States. Relations are already strained enough lately to add that controversy. In my opinion it was always a bad idea.

The Saugeen Ojibway Nation (SON) land-claim lawsuit affecting the Bruce Peninsula has also reached a crucial phase. The two local First Nations that comprise the SON took the unusual action of going to court with their multi-billion-dollar claim in 1994. Since then the case has slowly made its way through the court process. But it is now ready either to go to trial, or to be resolved out-of-court through by way of a negotiated settlement. No trial date has been set. “We are waiting to see if the other governments are interested in entering a negotiation process,” Roger Townshend, SON’s long-time lawyer involved in the case, told me.

Canada and Ontario are defendants in the SON action, as well as municipalities on the peninsula. The two senior government defendants, including the newly-elected Ontario government of Premier Doug Ford, came back with similar responses to my queries this week. “We prefer to resolve land claim issues through negotiation rather than litigation,” said an Ontario Ministry of Indigenous Affairs spokesperson.

“While the Government of Canada respects the decision of the Saugeen Ojibway Nation to pursue their claims through the courts, Canada believes that the best way to address outstanding issues and achieve reconciliation with Indigenous people is through negotiation and dialogue,” said a federal spokesperson.

I’d love to be around, and able, to do justice to those stories when they finally break. But ultimately it comes down to one’s ability to live up to high standards of journalism, for the sake of doing justice to the stories, and the information needs of you, the people.

But retirement from the weekly newspaper column gives me the opportunity to focus more attention on this blog, and make a fresh start in a lot of ways, when my personal energy-well gets replenished. Visits from family, including wonderful great, grandchildren like Jorden and Jade last weekend, with their Mom and Dad, granddaughter Brandi, and grandson-in-law Pete, will help make it happen. What a lovely family they are, and what fun we had picking beans, beans, and more beans! 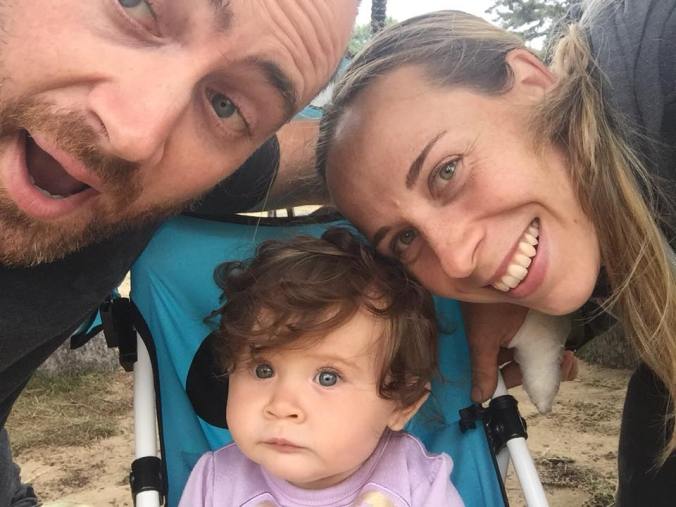 And then there’s this: I live in Hope Ness. And that makes me one of the most fortunate people in the world.

A version of this post was originally published in The Sun Times on August 25, 2018

5 thoughts on “Onward and upward”