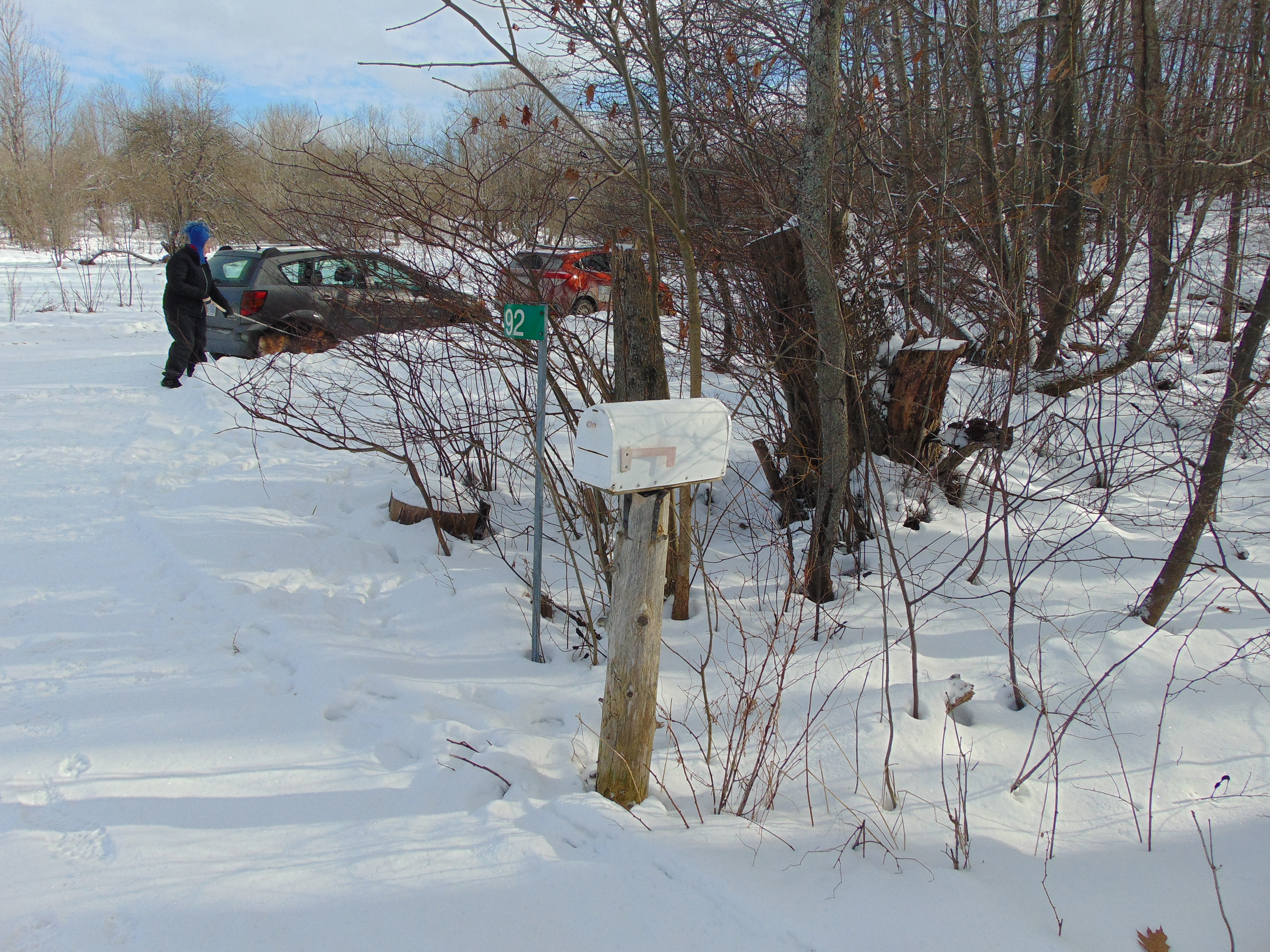 I was surprised recently to find a copy of the Epoch Times newspaper in my mailbox here in my secluded, little corner of the world on the Bruce Peninsula, Ontario, Canada. Why me? I’m not a subscriber and had no interest in being one.

But then I saw the ‘sample issue’ tag at the top of the front page and realized it was a promotional flyer of sorts, though not routinely delivered like most others. Lots of us on the peninsula must have got it, and many residents of other parts of Ontario, according to media reports. The date of publication-coverage on the pages of the sample edition is January 1-7, 2021. An historic week to say the least.

I recognized the Epoch Times name. I had seen it in passing before in my daily browsing on the internet for news and had been left with the impression it was too conservatively biased for my taste.

But out of curiosity and to be fair I took a look through the sample edition, including a full, promotional page under the heading, “Read what others won’t report,” signed by publisher, Cindy Gu.

“These are trying times,” she wrote. “So, this complimentary edition of the Epoch Times is for you to enjoy. Because what we all need right now is honest, responsible journalism that investigates issues in an objective, and unbiased way.”

I browsed through the rest of the paper and soon got the impression it’s coverage was far from unbiased.

The Epoch Times is described by several online sources as far right-wing in its views, a supporter of soon-to-be former U.S. President Donald Trump, and affiliated with the Falun Gong religious movement persecuted and banned in Communist China. The newspaper was founded in 2000 as a Chinese language on-line publication based in New York. A short time later it began publishing a printed edition, and then an English-language edition in 2003. More recently, its strong support for Trump helped fuel a surge in circulation.

The article says the report was released in December by the Amistad Project of the Thomas More Society. The Society, a registered U.S. charity, is described in the article as a “constitutional litigation organization.” It is deeply conservative in stance and often involved in legal actions on behalf of anti-abortion and religious-freedom advocates. The Society is named after St. Thomas More, Lord Chancellor of England under Henry VIII. He was charged with treason and beheaded after a trial for refusing to support the King’s divorce from his first wife, Catharine of Aragon, so he could marry Anne Boleyn. More also refused to support the tyrant King’s break with the Roman Catholic church and set up a separate, new national church for England.

The Epoch Times article says Facebook founder Mark Zuckerberg donated a total of $500 million in grants to local election officials across the U.S. to help cover increased election expenses caused by unusual circumstances related to the Covid-19 pandemic. That may not be an accurate number. Numerous online reports put the Zuckerberg donation at $400 Million. But they do confirm, as the article says, that a non-profit charity based in Chicago, The Center for Technology and Civic Life (CTCL) got donations totaling $350 million from Zuckerberg and his wife, Priscilla Chan. The CTCL distributed the funds to a total of 2,500 cash-strapped county election offices that applied for help to cope with Covid-19 challenges.

The Epoch Times article, citing the Amistad Project/Thomas More Society report, alleges the CTCL and other non-profits deliberately, and illegally under U.S. election laws, used the Zuckerberg money to target local election office in swing states to benefit the vote in Democratic “strongholds.” It says Facebook and the CTCL did not respond to requests for comment.

APM Reports, the investigative journalism arm of non-profit America Public Media Group, says in an article published December 7, 2020 that it had been unable to get interviews with the CTCL about the private election donations after repeated requests.

“But through a series of interviews, public records requests and a review of public meetings, APM Reports pieced together the details of grant awards in the five swing states that decided the election.” its article says under the headline, ‘How private money helped save the election.’

“APM Reports obtained more than 30 grant agreements and applications between local election offices and the Center for Tech and Civic Life. The documents show requests mainly focused on the logistics of the election: increased pay for poll workers, expanded early voting sites and extra equipment to more quickly process millions of mailed ballots.”

The APM Reports article notes, “In the weeks since the election, allies of President Trump have included the (CTCL) grants in their voter fraud conspiracy theories. They have challenged the legality and neutrality of the grants, claiming that the funding was aimed at boosting Democratic turnout. But an APM Reports analysis of voter registration and voter turnout in three of the five key swing states shows the grant funding had no clear impact on who turned out to vote. Turnout increased across the country from 2016,” the article said, adding, the analysis found that counties in Pennsylvania, Georgia and Arizona that received grants didn’t have consistently higher turnout rates than those that didn’t receive money.”

As the November 3 election approached, local election offices in the U.S. were running out of money. In March 2020, the federal government’s Coronavirus Aid, Relief, and Economic Security Act (CARES) included $400 million for states “to prevent, prepare for, and respond to the coronavirus for the 2020 federal election cycle. This supplemental appropriation funding, distributed by the U.S. Election Assistance Commission (EAC), will provide states with additional resources to protect the 2020 elections from the effects of the novel coronavirus,” the EAC still says on its website.

The APM Reports article notes that amount if federal funding was widely regarded at the time as nowhere near enough to meet the pandemic-related needs. As a result there were fears the election could be a “catastrophe.”

The CARES election money came with a host of strict requirements, including an unexpected one from Trump administration officials that required states to match 20 percent of the federal money. Only states were allowed to apply, rather than local, county, election officials directly. The EAC also required detailed ‘narrative explanations’ justifying how the money was used for strictly Covid-19 related needs.

The EAC’s most recent quarterly report, published October 10, 2020, about the disbursement of the CARES money for the period April to June, 2020, says all of the $400 million was used up by then. It notes, “Some states requested less than their full allocation due to concerns over meeting the required 20 percent match.” In other words, the EAC ran out of Covid-19 emergency money to help election officials across the U.S. cope with the unprecedented challenges they faced.

It wasn’t until well after the election that another bipartisan, Covid-19, relief bill was finally worked out and approved by the U.S. Congress and signed by President Trump.

The private donation money, including the Zuckerberg money, proved to be a lifesaver; or, as one elections manager said, “Honestly, I don’t know what we would have done without it.”

Benjamin Hovland, chair of the U.S. Election Assistance Commission, and a Trump appointee was, to his credit, one of many high-ranking federal and other officials in the U.S. who issued a ‘Joint Statement’ on November 12, 2020 defending the integrity of the November 3, 2020 election. Click on the link above for the complete list of names. Following is the full text of the statement:

“The November 3rd election was the most secure in American history. Right now, across the country, election officials are reviewing and double checking the entire election process prior to finalizing the result.

“When states have close elections, many will recount ballots. All of the states with close results in the 2020 presidential race have paper records of each vote, allowing the ability to go back and count each ballot if necessary. This is an added benefit for security and resilience. This process allows for the identification and correction of any mistakes or errors. There is no evidence that any voting system deleted or lost votes, changed votes, or was in any way compromised.

“While we know there are many unfounded claims and opportunities for misinformation about the process of our elections, we can assure you we have the utmost confidence in the security and integrity of our elections, and you should too. When you have questions, turn to elections officials as trusted voices as they administer elections.”

It’s well known by now that the Trump campaign and supporters, in their efforts to overthrow the election results, filed numerous, unsuccessful lawsuits alleging the election results in swing states were skewed by fraudulent activities. I found no evidence in my research that any of those lawsuits made an issue in their claims of the private donations that helped local election officials overcome the challenges of holding a national election in the midst of a pandemic emergency.

In summary, there was much more to the private, election-funds story than The Opech Times covered.