Something called the incel movement has been in he news lately, in connection with the horrific murder of 10 people in Toronto, and the serious injury of 14 others, when a man deliberately drove a rented van down several blocks of sidewalk.

The suspect now in custody and at last count now facing 10 charges of first-degree murder, may have been radicalized by the hateful, tantrum language toward women often used on websites frequented by unhappy, angry men.

Their complaint is their state of “involuntary celibacy,” hence the “incel” name of their movement.

But I’m confused. I find it hard to understand how a man, or woman, for that matter, could be celibate for an extended period of time and not at some point discover the good side of it. Better than good. I went through a period of celibacy when I was a young man, starting when I was 20 and lasting for a couple of years.

It was, I kid you not, the happiest time of my life. Oh, sure, I climbed the walls for a while – for a few months as I recall. But interesting things started to happen: I began to feel a quiet, inner contentment, and a feeling of being at peace within myself like I’d never felt before.

I was just a couple of years out of high school. I had a high school sweetheart, a relationship that became intimate. We even got engaged, in retrospect because sexual intimacy still seemed to demand it in those days. We weren’t ready, either one of us. We broke up. I went to college to study journalism; but I wasn’t ready for that either, and I dropped out after a few months. I rented a third-floor room, the proverbial garret in a rooming house downtown and began living a simple, solitary life. I pounded away on a typewrite for hours on end, writing the Great Canadian Novel. I listened to music on my old turntable, read some books, went for long walks in the evening and lived on apples, beans and good bread. 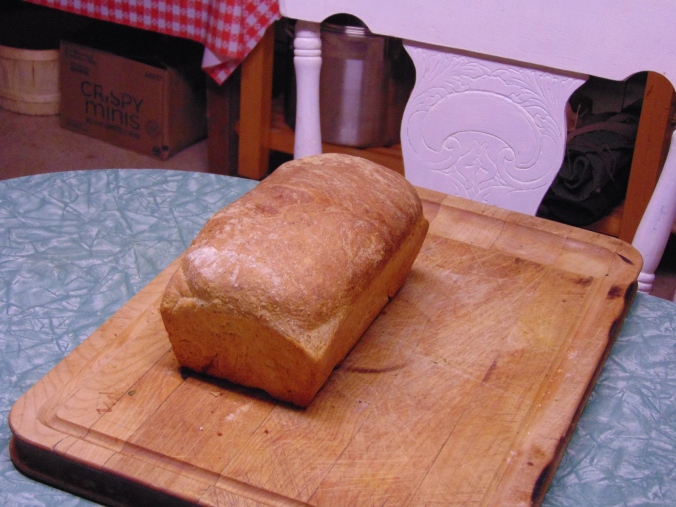 Once a week or so I met up with my buddies from high school, each of whom were still in university, at a café in Toronto’s old “Bohemian” village just off Bay Street. We sat at an outside table and talked, saving the world time and time again, as young men used to do. They drove back to their suburban homes on their scooters. I walked the six blocks or so to my room, quite content, at peace with myself, confident and full of hope.

I even stopped biting my nails, the only time in my life I got past that life-long habit.

I also wrote a lot and experienced for the second time in my life the feeling of creative ecstasy in the writing of a story. One day I had an idea, but couldn’t quite get it together. I went for a long walk in the evening. As night fell I was walking through Queen’s Park in the vicinity of the Ontario Legislative building when I started telling the story out loud to myself. It took on a life of its own, as the words just came and it was like I was watching and describing a movie being project in my head. I started to walk fast, to get home to my typewriter. By the time I got to the rooming house I was running. The story wrote itself. And time did not exist. I read that story at a place called the Bohemian Village on St. Nicholas Alley, I believe. I got $5, lots of compliments, and was invited back for a regular reading night.

Running low on money, I went looking for a job some time after that as I waited for my ship to come in, so to speak. I remember being interviewed by the manager of a Woolworth general, retail store. He was a few years older than me, and seemed quite nervous and anxious, not about interviewing me, but about the state of his life. He spent most of the interview complaining about the stress of his job. He also commented that I seemed much happier and relaxed, and wondered how I did it. I said I lived simply, and didn’t have much to worry about, except maybe getting a job; but not enough that it was bringing me down. I don’t recall telling him about celibacy. Probably not, now that I think about the situation.

That joyful period of celibacy did not end when I fell in love with a beautiful, interesting young woman. It was, I’m sure, a big part of the reason why she fell in love with me too, for a while anyway: I must have radiated good feelings. But gradually my old anxieties and insecurities, including about being loved, returned. I became moody and, sure enough she fell out of love.

I should have stayed celibate longer, allowing the process of self-discovery and personal growth — becoming — to help make me a whole person, including a better husband, partner, and father.

I have three beautiful daughters, 10 grandchildren, and two great, granddaughters, and some wonderful memories of being in love, of special moments shared. They are the ones that remain. So, I do not mean to suggest those years were a mistake, or wasted. Not at all.

I can honestly say I’ve been happy in my life, really happy, including in a special way when I was celibate.

If you happen to be “involuntarily celibate,” young man, or young woman. Take it easy; don’t worry. Give it a chance to work its magic: go with it, embrace it, celebrate it.

You will be amazed. And you and your life will be the better for it.

One thought on “On the joys of celibacy”