The surge in growth of home gardening and small-scale commercial gardening catering to a local market that began last year is continuing at an “unprecedented” rate for the 2021 growing season..

I can’t say I’ve polled every seed provider in Canada to confirm what I hear from my long-time supplier of untreated (without fungicide) seed. I was late getting my order in last year and ended up getting seeds in mid-May. For this year’s growing season, I made a point of getting my order in early, or so I thought; and indeed, not that long ago, the first week of January would have been plenty early enough.

But an email message sent by the supplier to all customers said we might have to wait “six weeks or more” to get delivery was a surprise. “Not very encouraging,” I emailed back. A few days later I got a polite, personal reply, by way of explanation, that by that time they got my order they had already received 8,000 others, and another 2,000 as of the date of the email. And many of them were commercial growers, including small-scale market gardeners like myself, I presume.

“This is unprecedented for us,” said the customer service staffer, who added, “we will be working hard to ship as many orders out per day as we possibly can with the staff that we are able to have in our facility at one time.”

I sent back a sympathetic and, I hoped, helpful reply that included advise about avoiding stress: “Stay in the moment, do one thing at a time. Try not to think about that mountain you all have to climb.”

Shortly after that, the smaller order I sent to a second seed supplier arrived. But it was missing a few specialty, vegetable-seed items which were already sold out: another indication of the extraordinary demand they too were experiencing.

So, what’s happening? Why the sudden interest in gardening? One answer is fairly obvious: people observing social distancing, cooped up at home, are looking for interesting things to do. I’m not surprised gardening is one of the things people have found. It’s ideal. There’s a lot to learn, and a lot to do enjoy doing, including before warm weather/planting time arrives. It’s Canada, eh? And certain heat-loving plants should be started indoors in ‘flats’ at a south-facing window, or under grow-light: tomatoes and their companion basil, squash and pumpkins (which is a squash), and peppers, to name a few. Not all heat-loving plants should be started indoors. Beans and sweet corn come to mind right away. Check by reading the seed packet.

Kale is hardy, in the sense that it will keep producing into the late fall even after a frost (as long as you keep the deer away); but I recommend starting it from seed indoors to give it a head start so you can start harvesting as soon as possible. It has become one of my staples.

Another reason, I think, for the growing interest in grow-your-own, or local-source market garden produce is that people are becoming increasingly concerned about how food-crops are produced for the mass, global market. That’s especially as it relates to the widespread use of chemical pesticides, fungicides, and herbicides that so often get approved for use, only to be found years later to be harmful to the natural environment and human health.

How do you know if the vegetables and fruits that were grown thousands of miles away, or less, can be trusted as safe to eat? But if you grow it yourself, you know how you’ve done it. Or if you know your local grower, your neighbor perhaps, either they make a point of telling you, or you can ask, face-to-face.

If you’re concerned, and for the sake of knowing what to ask your neighbor grower, and how mass-produced, industrial agriculture produces food, it certainly helps to stay informed as best you can. That’s not always easy. The mainstream news media occasionally carries online articles about new scientific studies raising important public and natural health issues about pesticide toxicity; or the outcome of costly lawsuits about the adverse impact of Glyphosate-based herbicides.

I subscribe to the U.S. Right to Know (USRTK). It describes itself as “an investigative research group focused on promoting transparency for public health. We are working globally to expose corporate wrongdoing and government failures that threaten the integrity of our food system, our environment and our health.”

Most recently, it led me to an article by NPR (National Public Radio) about one of newly-inaugurated President Joe Biden’s first executive actions: to re-examine one widely and long-used, pesticide called chlorpyrifos.

The former Trump administration had blocked a plan by the previous administration of President Barack Obama to ban the pesticide, the NPR article said. It added, “Biden promised to take a close look at all policies ‘that were harmful to public health, damaging to the environment, unsupported by the best available science, or otherwise not in the national interest.’

“Farmers use chlorpyrifos to control insects on a wide variety of crops, including corn, apples, and vegetables. It is among the most toxic pesticides. Workers exposed to it can experience dizziness, headaches, and nausea. Most indoor uses of the pesticide were halted in 2001,” the NPR article explained.

“More recently, however, researchers at Columbia University studied health records from women who’d been exposed to this chemical before that ban, and found evidence that exposure to tiny amounts of chlorpyrifos harmed the brains of their developing fetuses and young children. Those studies, along with lawsuits filed by environmental advocates, convinced the Environmental Protection Agency to move ahead with a ban on its use during the final months of the Obama administration.” Chlorpyrifos, under various brand names, has been registered in the U.S. for use as a pesticide since its approval in 1965.

The Canadian government’s Pest Management Regulatory Agency announced further restrictions on the use of chlorpyrifos under the Pest Control Products Act. It fell short of a complete ban, though agricultural use is not on the list of uses still considered “acceptable from an environmental perspective with required mitigation measures.”

Because there were “no suitable alternatives” for certain pests of canola and garlic, growers of those crops who use chlorpyrifos have been given a two-year extension allowing its use, but with restrictive “mitigation measures.” For canola they include not spraying during the crop’s blooming period, often seen in rural Ontario as sprawling fields of bright yellow; and for garlic, only one spraying per season at reduced concentrations.

For the record, I grow garlic, but I’ve never heard of chlorpyrifos (or any of the brand-names under which it is sold for agricultural use), let alone used it or any other pesticide of any kind on my garlic.

So, to you, long-time gardener, or beginner: happy gardening. Give yourself a pat on the back if you’re doing the best you can to garden naturally and keep yourself informed. 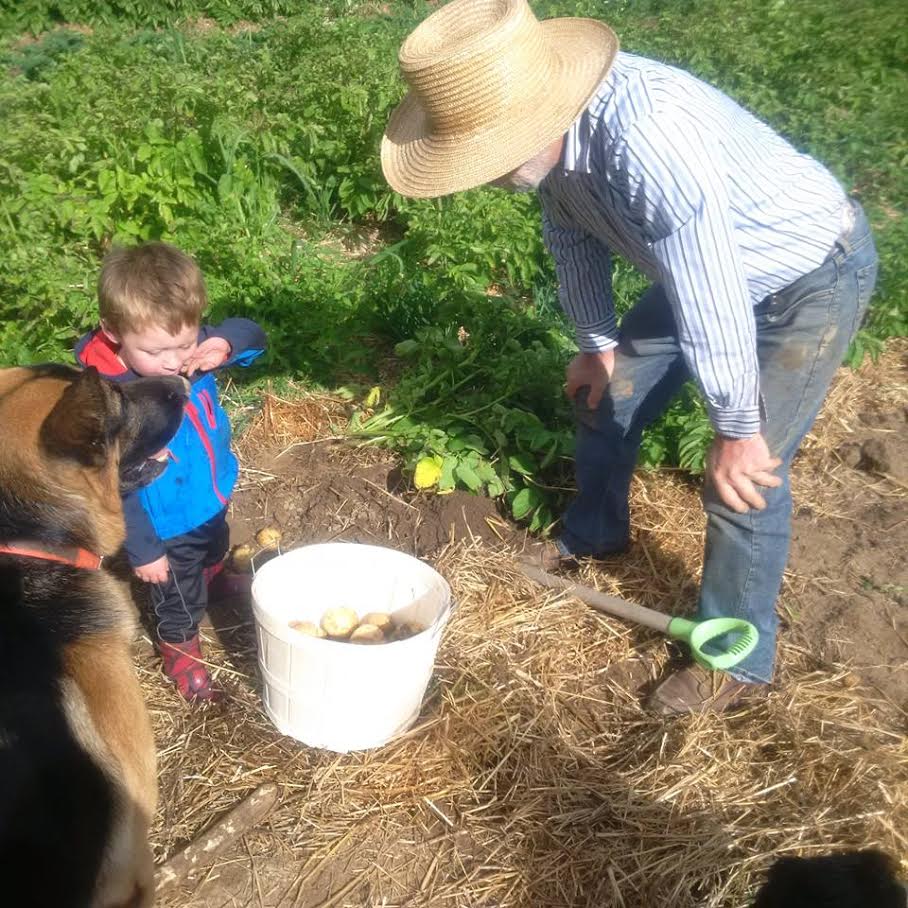